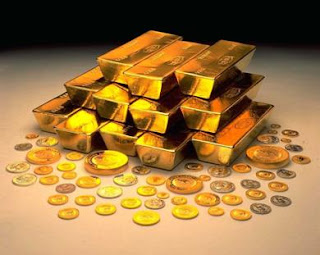 What does it mean. Probably not that much but I think it is an interesting story and I could come up with about 7 hypothesis about it.
Germany says that the United States and France where holding the gold for Germany to keep the gold out of reach of Soviet Union during cold war.
My unempircal/taking a wild guess  opinion of why the US/France were holding German gold.   I would suspect without any reading on the matter but just a gut feeling that the holding of gold has more to do with war reparations ,Marshall plan and the now defunct Bretton Woods system of money management which had a component of gold to the exchange mechanism.

The Bretton Woods system came to and end around 1971.