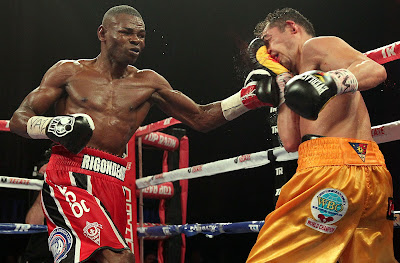 Athlete boxer  par excellence, 2 time Olympic Gold Medalist, 2 time belt holder at 122 pounds in professional boxing putting on a boxing clinic defeating Nonito Donaire 2012 fighter of the year.
The fight was held in Manhattan New York at the world famous Radio City Music Hall.
Rigondeaux was too fast and too skilled for Donaire in a fight that I scored 117-111 for the Rigondeaux.
I always felt that Donaire was a good fighter but always carefully matched against opponents that were usually to old or too underpowered to give Donaire a good fight. These type of fighters always allowed Donaire to show his offense and punching power in the best light and made Donaire highly marketable.

My hypothesis is that oil being priced in Dollars is a major component of the Dollar being the reserve currency of the world, not the only component of this phenomena my gut feeling without empirical study is that it  about 33.33 percent of it.

I would say that the recycling of dollars by OPEC(etc)  buying US bonds helps support the bond market/stock market, and less so the buying of weapons as important components of this concept  which I think especially the bond market aspect of it allows the US to borrow more money to run it’s government and  creates virtuous circles in several areas.
I believe systems are made up of many components and can not be defined by one thing but rather systems are made up of many interrelated moving parts. although it is possible to point out important aspects or major elements of a system like the pricing of oil in dollars relationship to the dollar as the reserve currency of the world.

My hypothesis was challenged by a customer in the cab. It turns out to be a good thing as I will read more about this theory of mine and flesh it out later.
My cab customer thought it was irrelevant what currency oil was priced in.

If any of you have an opinion as to whether the pricing of oil in dollars is relevant or not to the Dollar as reserve currency please post your opinion in comments section.