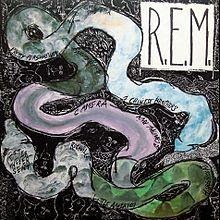 I first started listening to REM the rock band around 1984 when I saw a video of theirs on MTV.The album they were promoting was called “Reckoning”. I was hungry for a 1960’s type of sound of the Byrds, Stones, Neil Young, Credence clear water revival etc, and here was this band fitting that sound in an exquisite/original way if not some what  frustrating as about 90% of the lyrics were unintelligible.
Due to my fandom of this group at this time  I read a article in the local newspapers entertainment section that interviewed the bands lead singer Michael Stipe , He spoke of Jack Kerouac, which led me to read a slightly life changing book for me named Dharma bums by Kerouac.

Sharing economy is a type of dishonest language used by for profit businesses trying to manipulate public opinion in a selfish and dishonest way.
The meaning of “sharing” in the consciousness of most of the population is an image of altruism, giving of ones self, and sharing of ones self for free.
What the for profit business mean is breaking various regulations, over using the social commons to their narrow benefit all with the sleight of hand of deceptive language.

Life is short, and often sweet. There are so many good people we meet from friends, family to random strangers, most are  predominately good and often our experiences sweet.
Strange how I associate certain music with certain times and experiences. Often when I hear songs from Led Zepplin’s album IV often called the untitled album I think to traveling in the evening around Marin County California on a bus near the town of San Rafael or sometimes the songs take me back to times in my mothers living room alone or with friends all when I was around 14 or 15 years old.