Johnny Cash is a hell of an artist. A little monochromatic sometimes but deep.. 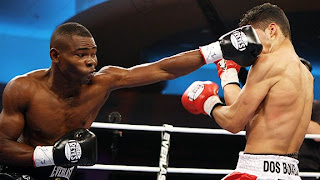 Saw great fighter last night on TV his name was Guillermo Rigondeaux , I had seen his name in the boxing press before and knew he was a former Cuban Amateur stand out and that was it.
I found out from the broadcast that he had defected from Cuba twice, being caught the first time in Brazil and sent back, and then successfully defecting a second time.
I heard that he had not lost a boxing match since 2003. He claims and Amateur record of almost 400 fights with only 12 losses, and had won Gold Medals in the 2000 and 2004 Olympics.
In the fight I watched last night Rigondeaux in  his 9th professional fight he beat Rico Ramo’s of the USA for WBA 122 pound title.
Rigondeaux beat Ramos by standing in front of Ramos and not allowing himself to be hit and hitting Ramos with devastating punches.
Rigondeaux has the cool nickname of El Chacal / The Jackal which fights his fighting style perfectly.
The day after the fight I thought to myself that Rigondeaux was a representation of hard work and determination brought about by his environment and that Rico Ramos was just not as motivated a person due to his up bringing in the US. This is all conjecture on my part, but none the less Rigondeaux is obviously a special athlete with only one thing working against him his age of 31.
I do see him even at this age and limited pro experience being able to run off a clip of 5-7 really good fights if faith is with him.
Although he has limited pro experience I am sure he will grow and all those amateur fights 400 of them will hold him in good stead.

Zbigniew  Brzezinski Born in Poland and raised in Canada.
**
Henry Kissinger Born in Germany and immigrating to New York as a teenager.
**
Here are two  instances where immigration paid big dividends to the United States.

One of the fights I most would like to see this year is Sergio Martinez the top Middleweight fighter in the world vs the intriguing Dmitry Pirog of Russia. 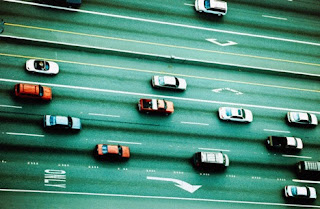 Car driving is probably one of most egalitarian activities conducted in the United States primarily because of the insurance industry, that in an invisible hand kind of way metes out punishments to those who fail to drive correctly.

Meaning there was no one coming to save me I had to save myself, and do for myself..

Well the New Year is here.  I have a positive feeling that things are going to be better for me financially and career wise this year.
**
2011 was tough year but not a disaster more of grind, but that is behind and me and on to the New Year..
**
I hope everyone has a happy,healthy prosperous 2012..PEACE..