You can’t run an empire on a Service economy, the root word of service are all weak sounding definitions, servant, servile, servitude etc, The ruling elite’s of the United States traded their industrial economy for a service economy and this is really what the military empire rests on not visa versa.
**
You would think the strategic planners of the nation would see that their empire would be unsustainable if they weakened their pawn base, their proletariat what ever you want to call the mass of the working class.
**
Now in order to enrich themselves they empowered a strong challenger to their Global System in China, the empowerment was done by transferring knowledge, technology and capital to china, and they key element was allowing these things to be shipped back into the US without a high tariff attached to them, now we are in late phases of the game.

It feels like the Winter Doldrums, as 2011 is essentially over we drudge the last days of the year here and ramp up into 2012. Yeah.. 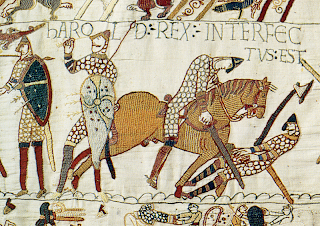 Norse Men= North Men = Normans
**
The Normans were originally Vikings who mutated into a distinct group of people who settled in France, and would later conquer England and change England forever.
**
Very interesting group of people I would like to read more books about. 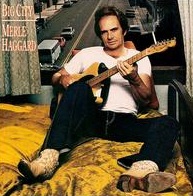 I first bought this album as a cassette from a Woolworth bargain bin  when I was about 18 or 19 years old and first starting to explore country music after years of listening to rock music, this album still holds up to this day, although I now have it on a CD.

My company doesn’t offer any type of paid vacation but I sure could use one right about now. I haven’t had a vacation in like 2 years 6 weeks off might be start in the right direction of rejuvenating me.
**
Merry Christmas every body.

Wubi is a way to install Ubuntu the Linux Operating System into your Windows operating system as a “Virtual Machine” all I can say is be sure to back up your data on the Windows PC before doing the upgrade to the dual boot as you may lose all your data, as there are glitches in Wubi.

The three major players are the USA, EU and China.

Followed by other players such as

To name a few.

My favorite pen to use while cab driving cab is the Pilot G-2 07 (fine point) Gel pen.  It is retractable which makes it easy to use in the work environment. The pen is reliable , writes on demand, and has a smooth flow of black ink that flows from it’s tip.
**
I also like to use the pen to write in my journal that I keep while driving my cab.

One of the better HeavyWeight fights I Have seen in the last 10 years.

Loosley speaking some the best fights I have seen are.

Wladimir Klitschko vs Peters I

And this fight Helenius vs Chisora

I couldn’t watch the fight real time because I had to work so I had to watch a replay , although I did take time out and watch Povetkin vs Boswell also a good fight, but not to the level of Helenius vs Chisora.

I had the fight 115-113 for Chisora but the fight wasn’t a robbery or anything. I was very difficult to score because Chisora would throw a lot of punches but many of them were blocked and some of Helenius sharp punches were hard to see. Helenius showed a great chin when punches did get through.
Chisora was also a bit of a Billy Goat often leading with his head but there were no cuts from butts although Chisora was warned for using his head.

This fight was no more a robbery than Marquez vs Pacqiao III or Paul Williams Lara.