Below is part of an article with link to it from Asia Times Online.
In it it discusses the implications of China acquiring Nexen inc, a Canadian oil and gas company.
It has slightly ominous implications from this Americans point of view if interested there is a link to this original at bottom of intro to article.

CNOOC has agreed to buy all Nexen’s outstanding common shares at US$27.50 cash per share, nearly a 62% premium over what the stock was trading at before the announcement. Total cash to be paid for Nexen’s common and preferred shared will reach US$15.1 billion. The company’s current debt of $4.3 billion will remain outstanding. The transaction will close within three to six months.

A Reuters analyst notes, concerning these acquisitions but in particular regarding CNOOC’s purchase of Nexen, that “the critical market intelligence on the supply situation in the North Sea that CNOOC will obtain” may be one of the most valuable results of the transaction. North Sea Brent serves as an important benchmark for global oil prices. Robert Campbell writes that CNOOC will be now able to play the Brent crude oil futures market more efficiently, in addition to having the right to participate in discussions over how prices for various North Sea benchmarks are calculated. This means that China is moving in the direction of ceasing to be merely a price taker and will gain access to information about what drives short-term price shifts that influence its import costs. It may thus also be able to influence the rules of the futures price-setting game.

The deals are also part of the Chinese firms’ continuing their worldwide search to purchase or otherwise acquire energy technology. Important in this profile is technology for exploiting shale-gas deposits, as well as the shale-gas reserves themselves. For this purpose, Chinese companies have focused on North American firms, which have developed the techniques perhaps furthest.

Control energy and you control the nations.
–Henry Kissinger

Watch James Goldsmith prescient talk on Charlie Rose 1994. Laura Tyson of Bill Clinton’s administration debates him for part of the show and see how wrong her argument is.
In this interview James Goldsmith discusses what will happen with GATT(General Agreement on Tariffs and Trade) , WTO and the coming destruction of US labor force. This was 1994 and much of what he has said has come to pass. 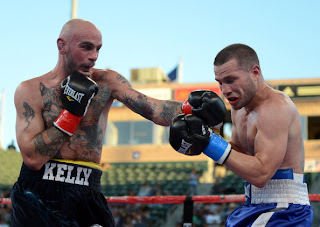 Kelly Pavlik beat Will Rosinsky in an entertaining bout this last Saturday night 7.7.2012.

Pavlik while not his old dominant self made good strides as he tried to resurrect his career following the loss of his Middleweight title in 2010 to Sergio Martinez and a slew of personal problems revolving around alcohol that followed.

Pavlik left his old trainer Jack lowe and Youngstown Ohio to  come out to California to train with trainer Roberto Garcia, in Oxnard California in one of boxing best gyms.

Pavlik may regain some  power punching dominance as he grows into the 168 pound division, and improves his Stamina and technique.

Pavlik is now working on improving his left hook to the body and head, punches he has shown improvements in applying during fights  during his comeback. He is also working on throwing short uppercuts a punch he never really threw while under the tutelage of Jack Lowe.

I ended up scoring the 10 round fight against Rosinsky 97-92 for Pavlik. Pavlik Knocked Rosinsky down in the 2nd ground which was another bright side  to Pavliks performance.

Rosinsky put up a good fight. Rosinsky is a former amatuer champion in the Lighheavyweight division and fought top prospect Edwin Rodgriguez to about an even fight about a year ago but Rodriguez was given the disputed decision over Rosinsky. Edwin Rodrgiguez is currently rated 11th the world at 168 pounds on some reputable boxing websites.

The big question’s are can Pavlik keep his demons in check , stay on the right path and who does he fight towards the end of the year.