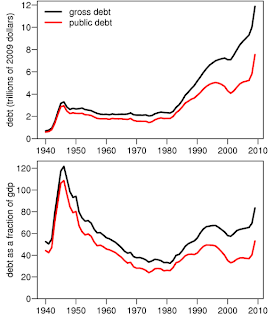 This is not the perspective I agree with but it is a possible version of the reality around us.
***
Maybe deficits and such really don’t matter when it comes to the US Government.
***
Maybe the only thing that matters is the control of key commodities such as oil.
***
Control of key technologies as far as weapon systems and commerce go.
***
Having the strongest military in the world that can bend reality pretty much any way it wants.
***
After those elements of power discussed are under control, the issue of the money is irrelevant and can be easily manipulated through a variety of means.
***
It’s Kind of like when Pulitzer prize journalist Ron Suskind was told by by a George W Bush aide in 2002.

“We’re an empire now, and when we act, we create our own reality. And while you’re studying that reality — judiciously, as you will — we’ll act again, creating other new realities, which you can study too, and that’s how things will sort out. We’re history’s actors . . . and you, all of you, will be left to just study what we do.”

***
Now me personally I don’t like this type of attitude because I think it is arrogant and leads to the underestimation of of ones opponents and obstacles but I can see why someone might have this point of view.

***
in a later blog I will put forth the counter argument to this one I just put forth.

Almost like the title of the famous book by Sun Tzu named the art of war, I have been trying to do the Art of Peace in my life, meaning getting along with other people as I go about my daily tasks and adventures. Doesn’t mean being passive it just means obtaining my objectives of the day with as little friction and conflict as possible.
I am not perfect at it and it isn’t easy but I do have the word sorry in my vocabulary which I do have to occasionally use and is quite helpful in setting right my personal relations with others.
I am trying to embrace my life here in the United States as an incredible opportunity and make the very best of it I can.
I took my first Yoga class in my life yesterday really feels to have energized my body.

I have a B grade at my midterm, in database programming which is a good thing. Programming is not really my forte but I have taken a few classes in this area and have received passing grades.I received an A grade in the Perl scripting language and a B grade in the Java programming language which doesn’t mean I know what the heck is really going on with these languages.
***
I still have a job which is a good thing.
***
I think the economy is on the upswing for the moment.
I think the economy has enough momentum in it that the retailers in the US will have a decent Christmas.
***
As far as near term directions of things go, being as I live in the USA, I would say things are in a holding pattern until after the November elections. 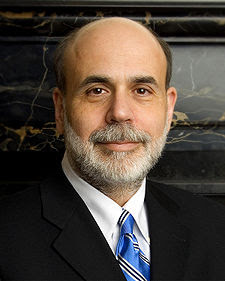 Some speculate he may have dramatic things to say about how he envisions the Fed helping the US economy , and some say from this speech we will get a clearer picture of what is happening to the US dollar..
Me personally I think the dollar is near a major devaluation..the key thing I watch are Gasoline prices..
***
Gold is currently at an all time high in the high $1300 an ounce.
Probably what needs to be done is the major powers of the world need to meet and come to a new consensus for the world monetary exchange rate system like the plaza accord agreement.
***

The Plaza Accord or Plaza Agreement was an agreement between the governments of France, West Germany, Japan, the United States, and the United Kingdom, to depreciate the U.S. dollar in relation to the Japanese yen and German Deutsche Mark by intervening in currency markets. The five governments signed the accord on September 22, 1985 at the Plaza Hotel in New York City.

The exchange rate value of the dollar versus the yen declined by 51% from 1985 to 1987. Most of this devaluation was due to the $10 billion spent by the participating central banks.[citation needed] Currency speculation caused the dollar to continue its fall after the end of coordinated interventions. Unlike some similar financial crises, such as the Mexican and the Argentine financial crises of 1994 and 2001 respectively, this devaluation was planned, done in an orderly, pre-announced manner and did not lead to financial panic in the world markets.

The reason for the dollar’s devaluation was twofold: to reduce the U.S. current account deficit, which had reached 3.5% of the GDP, and to help the U.S. economy to emerge from a serious recession that began in the early 1980s. The U.S. Federal Reserve System under Paul Volcker had overvalued the dollar enough to make industry in the U.S. (particularly the automobile industry) less competitive in the global market.
The 1985 “Plaza Accord” is named after New York City’s Plaza Hotel, which was the location of a meeting of finance ministers who reached an agreement about managing the fluctuating value of the US dollar.

Devaluing the dollar made U.S. exports cheaper to its trading partners, which in turn meant that other countries bought more American-made goods and services. 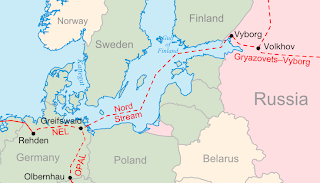 When I read this it all began to click , and my understanding of World War II began to grow.

For about 58 years west Germany and then reunited Germany where a vassal state/satellite of the US.
***
In 2003 the Germans rebelled and stood up to the US by not supporting US decision to fight the second Iraq war.
***
This insurrection was led by Gerhard Schroeder who was the Chancellor of Germany at the time and who now works for the Russian controlled company Nord Stream AG, Gazprom the major Russian energy company controls 51% of Nord Stream AG.
***
Many authors believe for Europe to rise and be independent that Germany its’ strongest nation must be independent and many believe that this started to happen around the time of Gerhard Schroeder’s refusal to go along with the US in the Iraq 2 war in 2003.
***
One way the US controls Western Europe is through NATO, by controlling NATO and keeping Western European countries in NATO the US is able to steer the direction of Western Europe.
***
The Nord stream piple line and the South Stream pipeline threaten this by giving Russia more leverage over Western Europe, creating more Western European dependence on Russia ,and creating deep commercial and cultural links between knowledge rich western Europe and resource military rich Russia.
***
This is an interaction that the US is not involved in or profiting from and is done in outside of the dollar and instead done in the Euro.
***
The US is promoting an alternative pipeline to this called the Nabucco pipeline which is currently behind in the race with Russia’s Nord Stream and South Stream pipelines.

Like that hit single by the pop metal band Def Leppard from the early 1980’s .
It feels like the economy is doing better right now.
I am sure it is a temporary phenomena but ill take it.
I have heard two contradicting theories from financial people in my cab.
One person thought the government was pumping so much money into the system to help the democratic cause out before the November elections. That this was driving the stock market higher
The other person thought the money was coming in to the stock market due to the fact that the market thought that the republicans where going to gain power and he claimed the market liked gridlock in the balance of power between the to political parties. 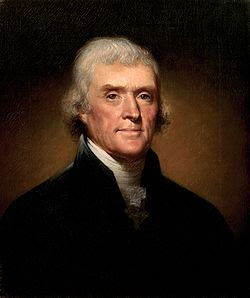 If you ever get a chance google some of his quotes about a free press and informed electorate. 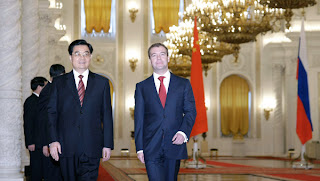 President Medvedev of Russia was in Beijing on September 25, 2010 to celebrate completion of an oil pipeline from Russian Siberia to China. This event gives China diversification of energy supplies away from sea routes that the United States controls , and pipe lines from Central Asia that are tenuous.
***
This also gives Russia leverage in dealing with Western Europe as Russia now has another market, to sell it’s energy resources to and which Western Europe is dependent.
***
I believe that Russia’s current ruling elite ultimate goal though is integration with Western Europe and creating a common European space minus NATO, which was the French leader De Gaulles vision many years ago.
***
These are all long term goals Medvedev will meet with French and German leadership in the next few days to discuss just such things.
***
In my opinion the key pivot in all this is China, if the US can diminish Chinese buying power, then the US can again gain momentum on the global stage if not power will continue to slip from the US as new global alliances continue to take shape.