Living on the Pacific Slope of the North American continent, traveling up the freeway from Fresno to Stockton looking for work. Traveling the freeway system through  mass ghetto’s of Hispanic’s .The state over run by a different culture, of people broken  from previous colonizations. He  trying to hang on to his standard of living in a time of mass Third World  immigration to North America lowering of  wages and massive outsourcing of jobs to China and Mexico, the White working class battered by their  corporate elite stagger up and down the free ways looking for work. In the Petrol/Oil empire.
Air condition corporate parks tucked away  on former farm land, hooked into the corporate structure doing accounting, making electronic components for the defense industry etc.
Now as the global neo feudalism gains pace even the new Third World immigrants are wondering why they came to America as it is almost as poor as where they came from and  far lonelier.
He hung on  to his psychological center with  prayer, tried to get enough sleep and stay positive, tried to defend the family.
Large masses of impoverished people Large seas of impoverished people.

It takes 1.25 US dollar to buy A Euro .. I wonder why the Euro is still stronger than the dollar by so much if it’s imminent demise is near according to the media?

You could say manipulators vs  builders
or talkers vs builders
or managers (lawyers) vs workers (engineers)
There are a million ways to look at it but it is an interesting factoid.

As for China from Wikepedia

Thus, in official discourse, the “third generation” lasted from 1992 to 2003, with Jiang Zemin as core, and other leaders including Li Peng, Zhu Rongji, Qiao Shi, Li Ruihuan. These leaders were born before the revolution from 1924 to 1934 but were educated afterwards before the Sino-Soviet split. Most of them received education in the Soviet Union as engineers and entered the party initially as factory managers.

Jiang Zeminin -General Secretary of the Communist Party of China-1989-2002.

Graduateed 1947 with a Bachelor’s degree in electrical engineering. Hu Jintao-General Secretary of the Communist Party of China 2002-present.
He graduated in hydraulic engineering in 1965. 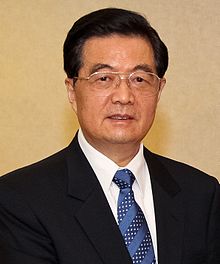 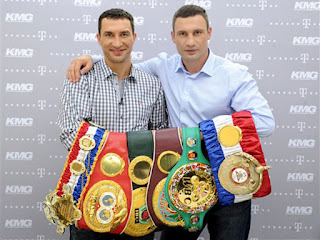 Slavic Boxers have Dominated the Heavyweight division in boxing since 2003, waves of them were knocking on the door of the top tier of the division before that.
When it has finally settled the top of the Heavyweight would be ruled by  Vitali, and Wladimir Klitschko. From 2003 or 2006 depending on your metric until present a time frame of over 6-9 years .Impressive.

In a display of something that in my opinion reeks of corruption. Timothy Bradley was given the Welterweight title over Manny Pacquiao.
I actually stopped scoring the fight after 7 rounds because Pacquiao was winning so convincingly.
I was in awe as an aging past athletic peak Pacquiao beat the hell out of Timothy Bradley.
I will now always have a great respect for Pacquiao after watching him dismantle Tim Bradley a skilled determined 28 year old opponent.
I have never been much of a Pacquiao fan and had been a bit of skeptic as I believe he as been handled very carefully and matched against opponents that it was construed he would beat. I also think Pacquiao has gotten some gift decisions in the past.
But what was done Saturday night was total disrespect to fair play and boxing fans around the world. The people who allowed this to happen should ashamed of themselves, that they would disrespect their fans and sport in this way to allow this to happen. Really sad thing to see. 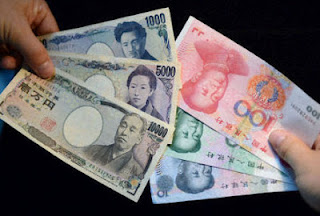 The dollar took a mid term hit recently as the Japanese and Chinese agreed to trade with each other directly using each nations currency instead using the US Dollar as in intermediary currency in each nations bi lateral trading arrangements.

This direct use of currency could also deepen economic integration between China and Japan.